Skip to Main Content
It looks like you're using Internet Explorer 11 or older. This website works best with modern browsers such as the latest versions of Chrome, Firefox, Safari, and Edge. If you continue with this browser, you may see unexpected results.

This LibGuide is designed to provide resources to support Jewish students and employees at RPCS; however, all members of the community are encouraged to read and utilize these resources. 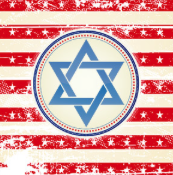 “Justice, justice shall you pursue.” -The Torah

A Sampling of Non-Fiction Titles in the Faissler Collection

A Sampling of Titles in the Killebrew Collection

Search for Books in Our Collections

A Sampling of Fiction Titles in the Faissler Collection